A memory by Barbara Vidal

A memory by Barbara Vidal

We went to the Danbury Fair every year since we were kids. Danbury Fair ran for 10 days – ending on Columbus Day – always a Monday. Mr. Leahy who owned the Fair gave every Danbury student a free pass for the last Friday of the Fair. So of course we all got that day off from school. Since we lived near the Danbury Fair, as teenagers, we all sneaked into the Fair the last weekend. Some of us eventually worked at various booths; especially the church booths and the local store booths such as Marcus Dairy. The guards actually let us sneak in and the ticket booth workers (if you knew them) would just wave us in. Once in the fair, wherever we walked we could hear someone calling us – and trying to give us food or tickets for rides or shows. It really was a big fair and took several days to see everything. The Danbury Fair closed in 1981. When we took our kids to the Danbury Fair and we had to pay for everything!

Soooo, years later around 1975, we went to the Bridgewater Fair for the first time and we saw the whole fair in about an hour. So we went home.

When we were in Bridgewater about 10 years later, someone asked me where I was working at the Bridgewater Fair. And I said I never worked at the fair and didn’t even know how you got to work at the fair. She then told me about the phone calls she made every year to get volunteers and the excuses some women made up. She said their favorite excuse was “I’m’ expecting.”

She also implied that she never called those numbers again!

So I told her – “you’re looking at one of those women”!

I told her I remember saying that one year and there’s my little girl, born on August 18th. So it wasn’t such a fake excuse after all. Every year I would take her to the parade and say “this parade is for you” and sometimes it was even on her birthday!

Boy did she like that. Years later my daughter then told me about 2 other girls in her class had birthdays at the same time and their mothers told them the same thing.

Anyway that was the year I was recruited as a volunteer and I started working the cake wheel and eventually ended up every year at the ticket booth next to the old firehouse.

The most memorable thing I remember while working at the ticket booth happened years ago around 6:00 o’clock on a Friday. A plain clothes man walking on Main St, was asking everyone who he thought was working for the Fire Department, some security questions and no one seemed to have the right answers. When he came to our booth, I also could not answer his questions so I walked him over to the main office. Well after the parade, who should appear in front of me but that man! And yes, he was who he said he was - some kind of special security - for Gov Jodi Rell. And she said she personally wanted to thank me for helping him. That was about the year 2000 something. Didn’t really write these things down, but the memory remained.

So what do I most enjoy about the Bridgewater Fair, it is volunteering:

While working the ticket booth for the past 40 years I have met the following people:

1 – people from my old neighborhood in Danbury that I had not seen in about 60 years,

how they realize who I am is a mystery

2 - kids I went to school with and meeting their kids and grandkids,

3 - classmates of my kids and meeting their kids,

4 - people who went to school with my brothers and sisters and meeting their kids and grandkids, and

5 – meeting a long lost relative I knew when he was a baby and I had not seen for about 20 years.

Every year is another new pleasant surprise.

Except this year, with the Fair cancelled, that was not a nice surprise. 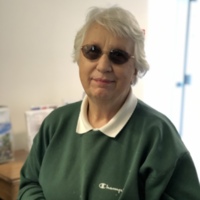